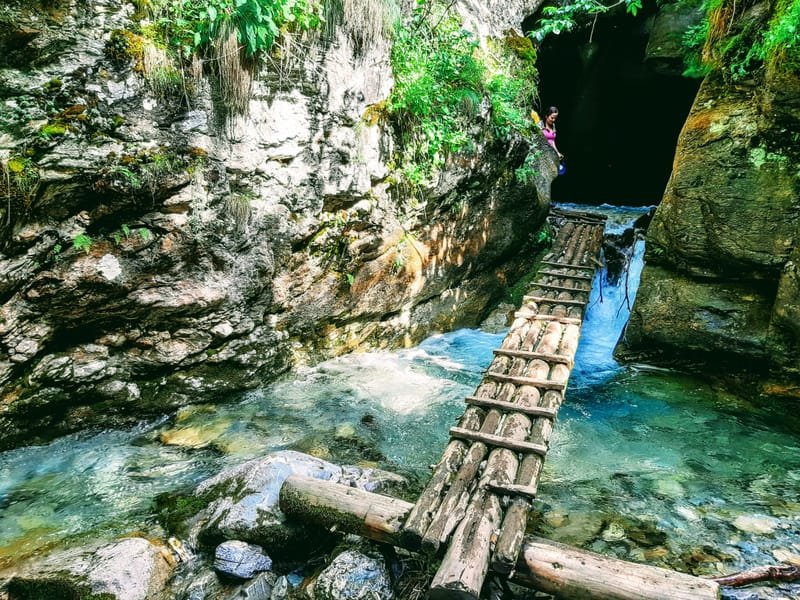 There will always be the extremums: people who are natural born social managers, even so good at our social rituals that they manipulate society without concern to individual fates; and people whose perception of the world and ways of communicating are so unique that the society will never agree on investing in learning the ”language” of these individuals as it becomes too specific and unfair, allocating so much resources to a single case. But what if, the shares of the groups that we call perfectly fit, average fit and struggling to fit, also non-fitted at all, are distributed in a different way? What if the average is not orbiting the perfect fit, but the struggling ones? What is the "perfect fit" is i fact,  the deviant one? What if in fact and roughly speaking, the majority of people are presenting a talent that they struggle to adjust and conceal in order to fit to plain accountable and quantified normality? In order not to risk to be out of clearly described and visual context, most people sacrifice more subtile, invisible and unknown in:core of themselves. Just like Freud’s unconscious is an ocean beneath the little island of consciousness, the obvious social skills and popular knowledge that we are used to appreciate are just a tiny island on top of the massive ocean of the unknown competences and capacities.

Whenever we talk about ”normality”, a comparison takes place. What is normal? What is more normal and what is less? What is a deviation to the norm, when does it appear in our perception as such and what consequences does it have? Long enough we have been comparing our own achievements to chances of getting a job in a homogenous labor environment, of having a constant partner with clear distribution of roles and responsibilities in the family, and a place for our children to be safe accepted in a miniature community, equal guaranteed fair access to unified knowledge, a.k.a school. After a century of world wars, great Depression and nuclear muscle show offs, these are the understandable pelars of stability and security that we strive for and value high. Today though we are facing a different social world, different way of people learning, communicating with each other, working and making decisions. We can no longer compare our chances for better life using a matrix of analog industrial society: those whose way of dealing with things would be causing confusion back then, today will disappear in a tsunami of confusions following any person who would dare to ignore modern means of communication, cooperation and planning. What we consider to be a norm for our work and everyday life chores, changes quickly and perceived as given at any time of its existence. However, what we would perceive as a norm for a person to demonstrate in her behavior, communication or learning, has hardly changed over centuries. We still value domination and expansion that can be compared, are visual in demonstrating of achievements through attributes like status car.   Comparing yourself to others is not making us any favor; there are alarming statistics of poor mental health originating from anxiety and low self-esteem caused by constant monitoring of social media and comparing yourself to others.  Comparison is a true despotic ruler raised by a world of linear evaluation of unified entities, whether we talk about grades at school or price tag for furniture. In the end and paradox enough, an average and solid ”normality” becomes a tiresome and stressful race, where you can stay on the level with the others, ”majority” only if you keep running. In the dark, with no map and with no specific destination… that sounds like a winning concept!  It is at least profiting, for the whole feel-good industry, pharmaceutics, fashion and design, high-tech… you name it. So much money is made on racing (anxious, hungry, thirsty, tired) people’s needs that making them happy and stop, would probably bring an economic crisis.

Called all from socially awkward, peculiar and unique to weird, strange and mentally challenged, depending on the wish and capacity of the people around to recognize and adopt various personalities and competences, they are the ”rebels”: people who are not willing or capable of participating in the race on our comparative highway, with all the rules predefined hundreds years ago.

I think it is not a coincidence that there is higher amount of autism and related conditions diagnosed now. Yes we are used to that nature has its natural way, slowly adjusting to challenges and recovering from disasters. We as a human race has been developing both physically but also mentally and technologically, placing our own comfort and safety in hands of manmade but not fully man understood technology and artificial intelligence. Why even go so far, I myself have a very vague idea how exactly the air-condition works. The way information gets to us, how we need to be able to perceive it at constantly growing speed, how we need to sort the inputs from the outer world separating different realities, how we need to see the cross-connections and relations between the events to meet all the complex challenges from bureaucracy to sustainability. We would never manage if we wouldn’t slowly adapt, as a natural species. As it is mostly brain activity that is under pressure, so is the brain functioning the one to get a natural upgrade. Fully in a mother nature mode, through a chain of try and error we are meant to develop to fit our own affect on the world we are living in. We are evolving and I think that outintics are the early birds of generation representing the next stage of human evolution. They possess the qualities and competencies that naturally help mankind to survive in the world we are heading into. But we don’t know how exactly. The problem is that the decision taking and opinion building majority belongs to the world of different modalities: linear arguments and exponential logic of development. These new outintic-generation youngsters are crucially dependent on quality mentoring, to find out what new universe their capacities are fit for. But they do not necessarily live by linear logic and do not strive for expansion and domination. It is not that they cannot comply with the demands at school or work place. They just don’t feel home and comfortable with these demands. And forcing these people into a frame that is not fit for them, will bend or brake them physiologically but will not change their in-core, their special capacity or talent, it will only make them feel bad about themselves. It doesn’t help to put more or less demands, study harder or let go of expectation. The demands and the very grade of evaluation, should be different. But there should be demands, and the methodology of support for the youngsters, to reach those demands. It is like being a running champion, judge kids by their disability to run fast, ignoring their talents of precision or keeping their breath and calmness. Shall we claim these kids unable to do sports? Of course no. We recommend them to try shooting, diving or golf or whatever. How come kids failing at school tests, do not get any propositions of alternative development strategies with different system of training and tests?

Yes developing a new paradigm of communicating and learning, even assuming that the school education is insufficient and not motivating enough, is a scary effort. Scary for people who has never faced the ”dead ends” on the highway, who is used to evaluate success by and in comparison. Allowing new categories or even worse, absence of categories and only trust for potential, is on the border to religious abomination, and is a very very alien though. The persons who have administrative and monetary resources to uncover the new  paradigm, chose not to in favor of safe and plain ”majority”. Majority that as claimed earlier, only exists due to silence of many groups. Each day we postpone investing into the development of deviant competences, we lose points towards ourselves in our own-inducted evolution process.

But the evolution takes its tall and I guess we don’t have to be worried about a swarm of outintics taking over respected rigid old education establishments or storming the leading positions of global companies and politics. Powered by own fire of passion for a certain area we burn our health and life, voluntarily or not. Maria Sklodowska Curie would be probably torched at the bonfire during the inquisition time if she was born there and would be as persistent scientist; the evil irony of her work, to understand the radiation (understand and get control over the invisible power, how would that sound in a medieval ortodox ears..) burned her instead. To get in touch and realize one’s outintic potential, to find a channel for the deviant competence at his moment is like to win a lottery: deeply wanted, yet sudden and surprising exception. And just as gambling isn’t supported by public opinion, nor is search for one’s true competence if nothing of what is offered, feels right. Changing work places is getting more normal and appreciated, but not really changing the careers, especially later in life. Pursuing two or more careers is a sign of immaturity. One of the worst ideas, on my opinion, is the presumption that a person can only have one profession, and the rest are possibly just interests or hobbies. We walk on two legs (most often), why wouldn’t we be able to pursue two or more careers at the same time? Wasn’t Heidi Lamarr both an actress and a scientist, an inventor? There are many examples of people like this, and I dare to say, they are the examples, not the exceptions.

This game of finding a match to one’s outintic self in society, unfortunately doesn’t have as many winning chances as lottery. The most common are scenarios of either submission to life circumstances (with conventional attempts to justify it or without), drug, alcohol or any other abuse, or heavy mental ill-health with all the variety of sad consequences.

I think we can all win a jackpot if betting on deviant competences as a way to understand our own future, and give wind under wings of people who might have talents to tackle the complex challenges that humanity placed in front of itself. I think acknowledging outintics as a group of people who has a different pattern of communicating, learning and behaving we are establishing grounds for development of new paradigm in teaching and learning, where development of new efficient methodologies will take place and by that, a bigger picture, a whole new map of alternative highways of human competencies, will reveal itself. For our own survival sake.